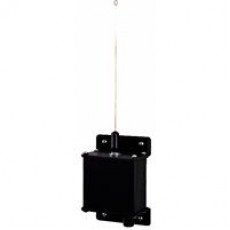 Please call us for price

The Linear WOR Wiegand Output Receiver is designed for use as an access control interface for Linear's block coded digital transmitters. The unit receives signals from transmitters, adds a facility code to the data, and sends the information to the Wiegand input of the access control panel via a 5-wire connection. Several transmitter and receiver options can be set using the unit's dipswitches. Three different Wiegand output formats (26, 30, & 31-bit) are supported. Three receiver options (lockout, hold, & button offset) can be set. Transmitter buttons on multi-button units can be selectively disabled. The facility code is set using 16 dipswitches. Three antenna types can be used with this receiver. The local whip antenna (supplied) screws directly on to the receiver. The directional (EXA-2000) and omni-directional (EXA-1000) remote antennas attach to the receiver's antenna input via RG-59 cable and a type F connector. An on-board RADIO RANGE knob allows adjustment of the receiver's gain. It can be set to limit the maximum radio range that the receiver can achieve. Two indicators display the receivers performance and operation. The red RADIO indicator lights when the receiver detects a radio signal. The two color red/green STATUS indicator lights green when the receiver is sending Wiegand data and during the 1-second post receiver lockout timer (if receiver lockout is enabled). The indicator turns red when the receiver's HOLD input (connected to the access control panel) is active. Receiver test points are provided for listening to the incoming signals with an audio amplifier.The receiver is housed in a weather-resistant enclosure and can be mounted indoors or outdoors. Gaskets and a weather-tight wiring strain relief seal the unit from the elements.